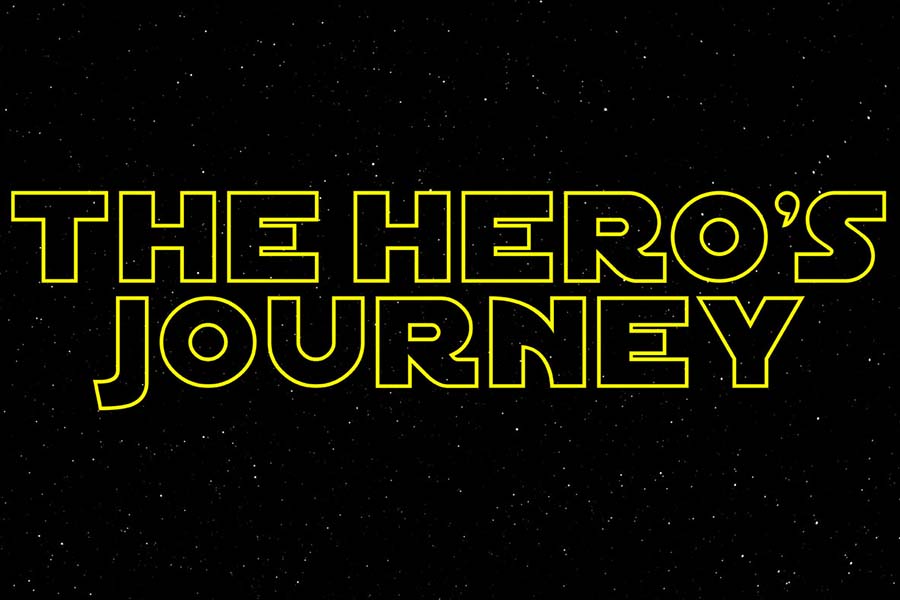 This is the setting out…

Returning to the theme of courageous beginnings and the particular importance of celebrating beginnings at school, of which I wrote here previously, I am reminded now of what usually comes after beginnings, namely “middles.” Followed by “ends.” This is how great stories are constructed. Follow me for a minute, will you?

…The leaving of everything behind …

Recently I had the tremendous honor and privilege of meeting a scholar and leader in the field of holistic education named Philip Snow Gang. One of the metaphors Phil likes to use in looking at the continually unfolding cosmos is what Joseph Campbell termed “The Hero’s Journey” or “The Monomyth.” This is an archetypal mythological structure that recurs again and again in the stories from cultures all over the world and throughout human history. The hero’s journey has many distinct parts (17 according to Campbell, other scholars have their own number) and predictable progressions of plot. Think of Homer’s Odyssey, (or Star Wars, or Finding Nemo if that comes more easily to mind.  Wizard of Oz? Karate Kid? Harry Potter?  You get the idea.) Anyway, there is always a beginning, a middle and an end to these stories, (“Separation, Initiation and Return” according to Campbell) and once you understand the basic narrative structure, you will find, as I have been finding lately, that this basic structure is omnipresent. It can accurately and insightfully describe the evolution of the cosmos, the lifelong journey of a human being, or in this case, a year in the life of a student. Now I am no literary scholar, nor Jungian psychologist. But I do love a good story, especially as it relates to our kids. And oh, this is a good one. As fall approaches, I’d like to focus on the first four stages of the Hero’s Journey, or Act I, you might say. It goes something like this…

In this first stage we find the hero (a.k.a. your little, or not-so-little, boy or girl) in a state of mundane normalcy. There is an inkling of restlessness before some information is received which serves as a call to action. To me, late summer is a perfect embodiment of this “mundane normalcy” combined with growing agitation and restlessness. “I’m sooo bored,” my teenage daughter whined last week. “It’s too hot. There’s nothing to do. Can’t we go somewhere or do something?” Sound familiar? “Well…it’s time to get ready for school. Shall we order your supplies?” “That’s not the kind of adventure I had in mind!”

Stage 2: Refusal of Call: Often when the call is given, the future hero refuses to heed it. This may be from a sense of duty, obligation, fear, sense of insecurity or inadequacy, etc. With kids at a certain stage of development this refusal can be quite explicit, “I’m not going back to school.” Or it can just manifest as reluctance or anxiety. Stomachaches are common as are other ailments or complaints. With younger students there may be tears or regressions to more immature behaviors we had thought they had outgrown. And with older kids, it’s all about…att-i-tude! 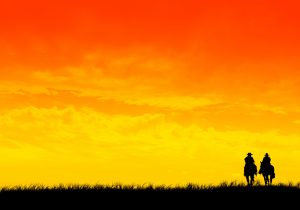 Stage 3: Supernatural Aid: Once the hero has committed to the quest consciously or unconsciously, his/her guide and magical helper appears or becomes known. I am so curious about this one. Could this helper be an imaginary friend? A parent? A more distant relative, friend, sibling? Is it you? Me?? Who is it that will appear to help your child accept the risks associated with their quest? Keep an eye out for that special mentor, or else summon the courage yourself to become that very much needed guide for your child at this moment, as an important transition is approaching.

Stage 4: Crossing the Threshold: This is the point where the hero actually crosses into the field of adventure, leaving the known limits of his/her world, and entering into a new realm where rules and limits may not yet be fully known. This is called the first day of school. Though it can last a week or more, especially for new students to a school or for children who are particularly sensitive. All of a sudden there are new norms and expectations, new people, a new environment, new rituals, and perhaps even new values or world views. This is an immense moment, and one that your children will need to process. Be ready to listen, observe and let them know that their experiences, observations and feelings are heard and validated.

These four “Stages” are the beginning of our young heroes’ journeys, my fellow parents. It is Act I, setting the stage, meeting the characters and establishing the goals and ground rules for the journey ahead. It can be full of drama and tension. And if all goes well, it will also be full of excitement and anticipation as well.

Teachers, of course are venturing on their own interrelated hero’s journey, but that’s “another story” – though one well worth telling some day. Your child’s teacher is undoubtedly on a grand and important adventure too! For now, though, we teachers will focus on preparing for the kids’ journeys. We will be doing all we can to help the kids to move safely and confidently “across the threshold.” There will be getting to know each other activities, community-building games, trust-building exercises and initiatives, and rich content to capture the imagination, and provide inspiration and momentum to the beginning of the adventure ahead. Mostly teachers will be watching keenly and listening deeply. We will create and hold the space needed for the journeyers to begin.

As the school year unfolds, I’d like to return to this concept of The Monomyth, or Hero’s Journey from time to time. There will be trials, temptations and triumphs. Emotions will include feelings of doubt as well as determination. What a grand narrative is about to unfold. Let us relish it together and share the wonder and mystery of our children’s journey of learning and self-discovery.

And once again, here’s to beginnings!